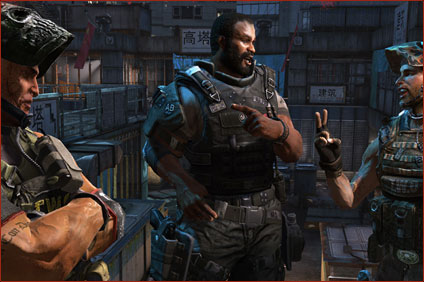 "Our thing that stands out with Army of Two are the visuals, which look incredible." -- IGN

Newly released on January 12, 2010, "The 40th Day" is the action-packed sequel to Electronic Arts' highly acclaimed game, "Army of Two". Pixologic was offered the opportunity to speak with the art team for this exciting project, based out of Montreal. Knowing how prominently ZBrush was used in the original, we of course jumped at the chance!

In this article we are pleased to be able to bring you details about the game's art direction and especially the techniques that are being used to up the ante from 40th Day's predecessor. And of course, what would the interview be without lots of eye-popping (and in many cases, never before seen) screenshots and renders! Enjoy!