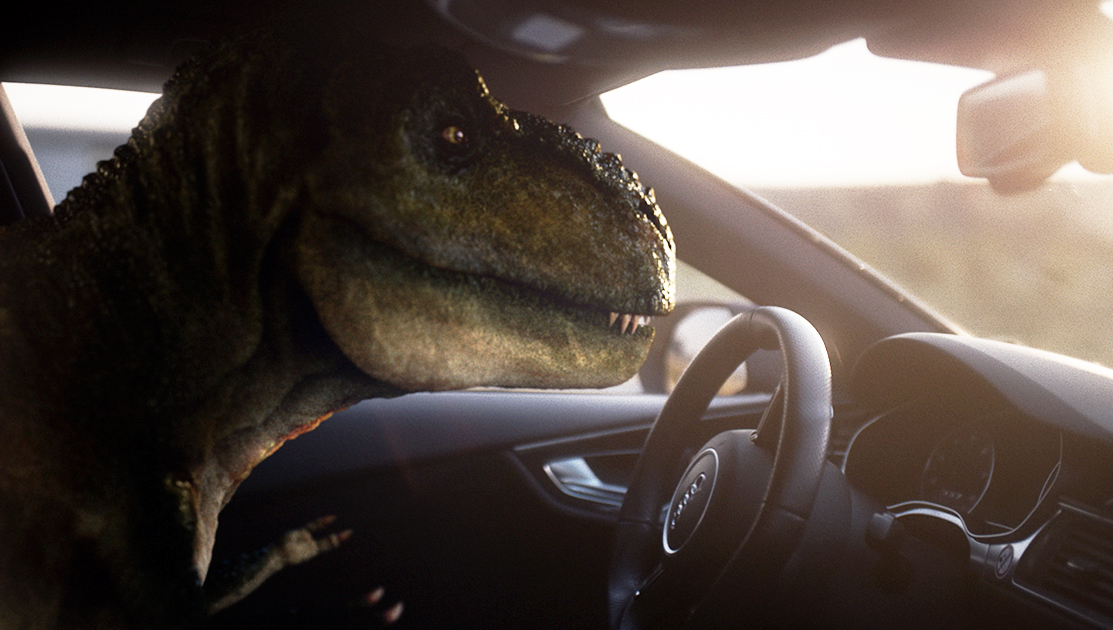 Perhaps you’ve seen the Audi television spot “The Comeback” which tells the touching tale of an aging T-Rex who is well past his prime. After years of struggling with the handicap of having tiny arms, he feels reinvigorated upon discovering Audi’s piloted driving which allows him to overcome the fact that he can’t reach the steering wheel. We reached out to Daniel Jahnel, Joint Head of 3D at Sehsucht in Hamburg, the VFX house that handled the CG for the ad, to tell us about the project.

The concept, along with a working script, was brought to Sehsucht by director Stephan Wever of Stink Films. The team was excited by the idea, as most of us in the CG world have a soft spot for anything dinosaur-related since having our minds blown by Jurassic Park. Part of the idea was to incorporate short scenes with limited animation to convey the “short arms” joke quickly and subtly. 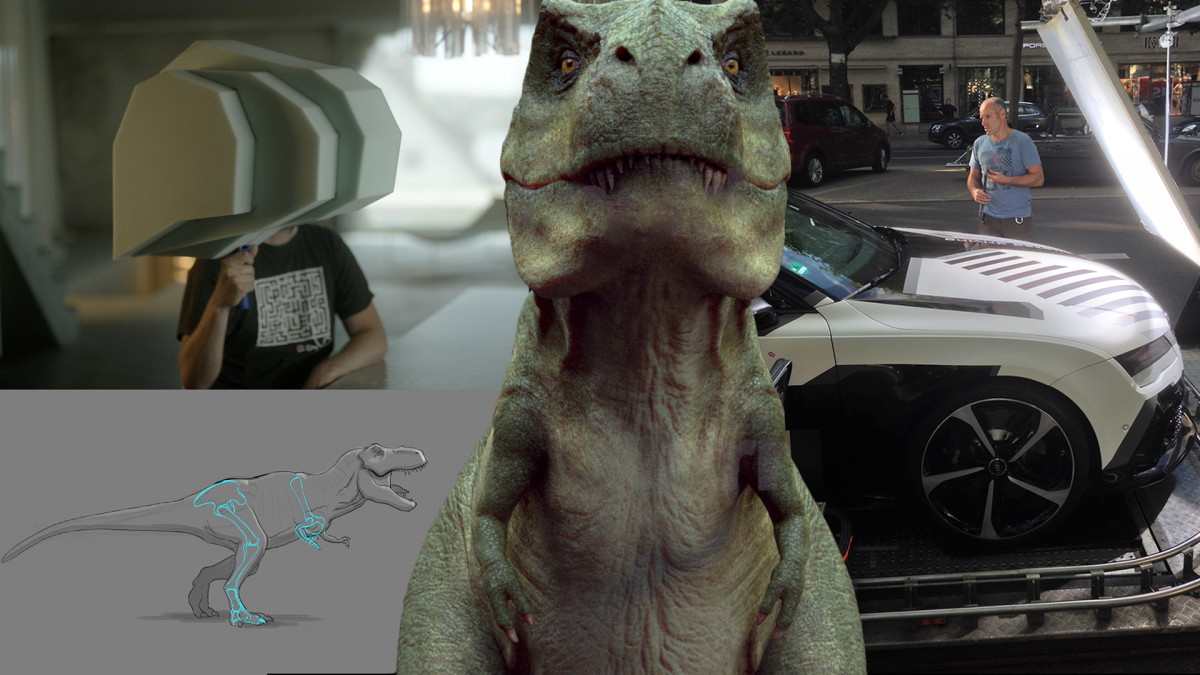 Wever’s experience with VFX-heavy production was an asset during planning since many considerations need to be made when filming content that is to have CG elements added later. Communication with the VFX team during principal photography is essential.

Exterior portions of the ad were shot over a two day period in Berlin, the T-Rex home interior in Potsdam. Background plates were shot using actor David Masterson, also the voice of T-Rex, as reference. A foam rubber T-Rex head was also used to account for the larger-than-human head size in order to properly frame each shot.

After these, empty plates were shot in order to match move which allowed for finally adding the CG T-Rex. All HDRI’s for lighting of the final model were shot on location to best match the natural look of each space.

Ulf Gieseler was the ZBrush sculptor on the project. He used Dynamesh to help sculpt which he found useful for working quickly and independent from fixed topology. Moving on to the detailing process, Polygroups and masking were utilized which helped to better handle the high-res mesh before skin detail was added in the texturing process.